Last of the Romans

The last of the Romans for the skirmish game.
Posted by lastofthefree at 12:55 11 comments: 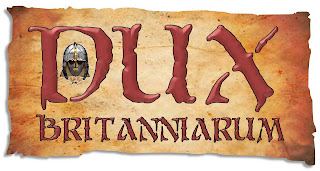 The rules being used at Salute are an in-development version of Dux Britanniarum from TooFatLardies.
Dux Britanniarum, written by Richard Clarke, is a campaign-driven game where the British defend their land and their Roman heritage against Pagan Saxon raiders determined to carve out their own kingdom. Although set in the early Dark Ages, we found that the rules work just as well for the earlier conflict between Romans and Celtic warriors.
Dux Britanniarum, due out this summer, builds on the game mechanics introduced in Sharpe Practice and developed in the Lardies other excellent large-scale skirmish rules Terrible Sharp Sword and Through the Mud & Blood.  Players of Sharpe Practice will find a lot that is familiar, but Dux Britanniarum takes the card-driven mechanics of the earlier games to a whole new level.
You can find out more about Dux Britanniarum on Lard Island News at http://toofatlardies.co.uk/blog/ Sharpe Practice and the other TooFatLardies rules are available from their web site at http://toofatlardies.co.uk/ 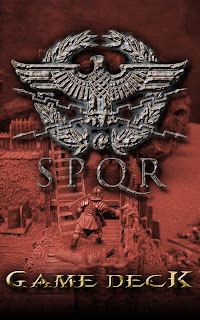 Here is an image of the graphic work that Pat Connor has done for us on the fate and turn cards. 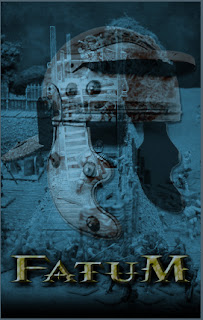 Posted by lastofthefree at 23:42 2 comments: 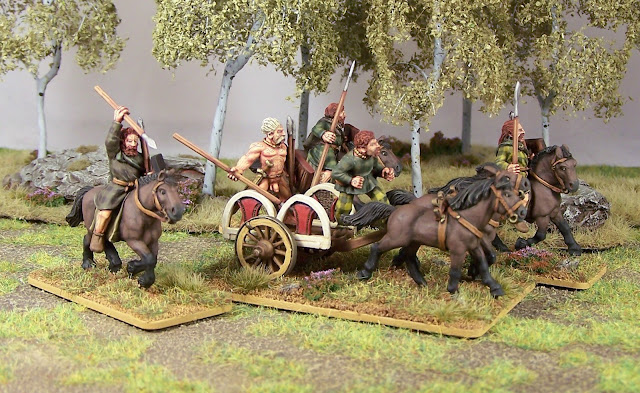 Andrews last Caledonians before the Salute demo.
Posted by lastofthefree at 07:22 10 comments: 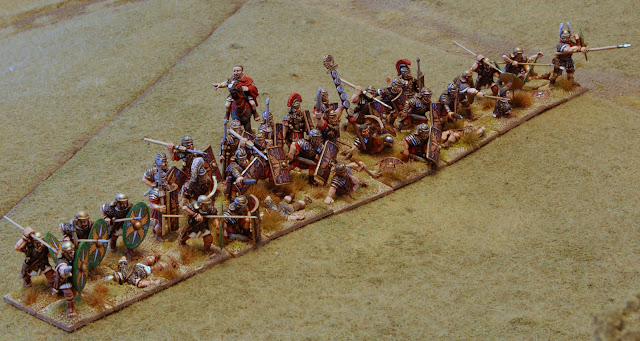 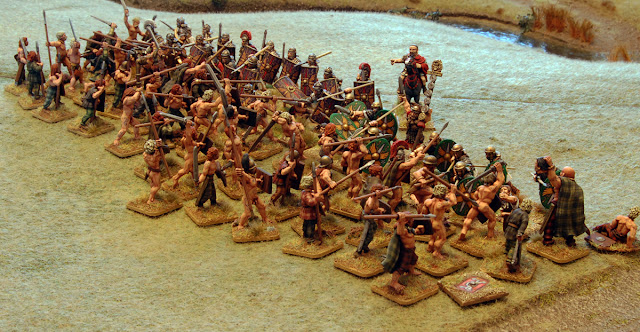 Some images of the demo game for Salute 2012. Figures by Andrew, David and Pat.
Posted by lastofthefree at 10:44 5 comments: